17/06/17: Miss Kiddy and the Cads, Upstairs at the Gatehouse, Highgate

On the way up the hill to the Gatehouse pub, we saw Ray Davies and a lady friend walk past us: a good omen for the night ahead.

This show was on for just one evening in Highgate, so I was pleased to catch it. The premise was that the band are a 1945 group of American small-time crooks and lowlifes. They perform entirely in character with the singer, Miss Kiddy, linking the songs with wisecracks and brief observations regarding her life and her band. The twist is that the Cads play radically reinvented 1940s jazz-swing versions of pop songs including "Billie Jean" (Michael Jackson), "Call Me Maybe" (Carly Rae Jepsen), "Can't Get You Out of My Head" (Kylie Minogue), "Honky Tonk Women" (Rolling Stones), "Let’s Dance" (David Bowie), "Song 2" (Blur), 'Wannabe" (Spice Girls) and "Wonderwall" (Oasis). Improbable, but it works.

It's impressive that Miss Kiddy sings all-out for nearly two hours, not even pausing once to sip a drink on this swelteringly hot June night. The Cads are joined on stage by "Little Missy", a tap dancer whose feet kept to and enhanced the rhythms. (I have a pet cat called Missy, so they won me over immediately with that name.)

I liked the way they played with the retro angle – sometimes they were consistent with it; other times they didn't bother. So Prince's "1999" was reworked to have them "party like it's 1945", while "Teenage Dirtbag" by Wheatus ended up as "Vintage Dirtbag" (with Iron Maiden replaced by Frank Sinatra). But when they played “The Power of Love" (Huey Lewis and The News), they left in the "don't need no credit card" line and retained the lyric about "listening to Marvin all night long" in "True" (Spandau Ballet), even though Marvin Gaye would have only been six years old at that time. Clearly none of it was to be taken too seriously, especially as Miss Kiddy took the opportunity to advertise their Facebook and Instagram pages long before social media could be invented.

The group's website describes "Show stopping vocals, stunning authentic costumes, spectacular tap dancing routines, and a story of suspense". All of this was spot-on except for the "story of suspense". The only narrative element came from Miss Kiddy's between-song chatter. The lack of a plot wasn't a problem at all – the music, costumes and tap dancing offer more than enough to sustain interest – but it was a bit misleading. This is a musical revue rather than a musical. That point aside, the show is hugely entertaining. Whoever arranged the songs deserves a great deal of credit: these imaginative new (but old) versions are playful, sophisticated and witty. They are performed with some real force behind them. It would all have fallen flat if the band didn't play so well, but they are note-perfect and tightly drilled – with a singer who never flags. The venue was packed and the crowd loved it. 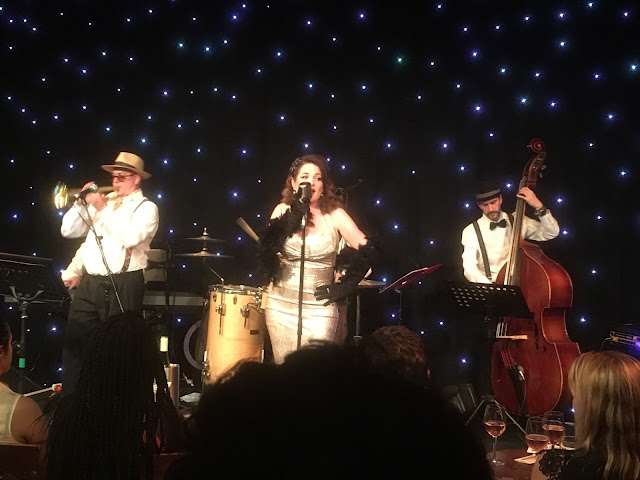 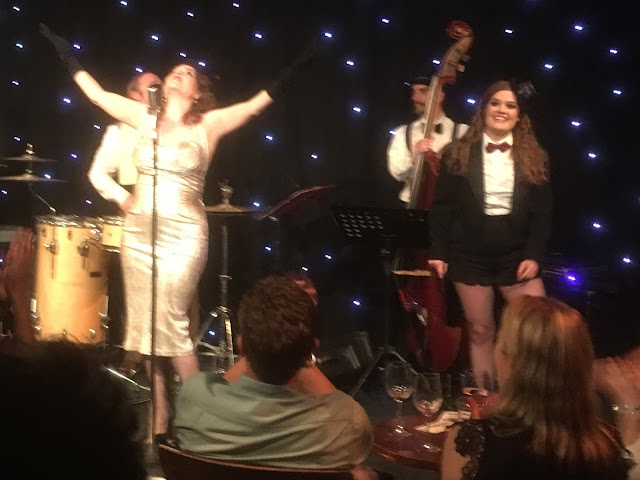 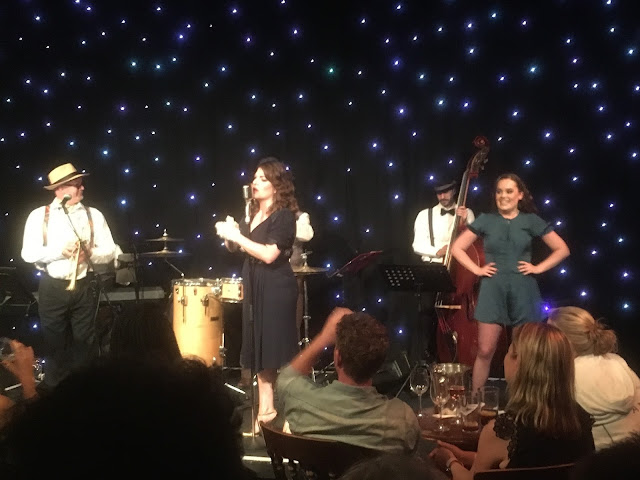 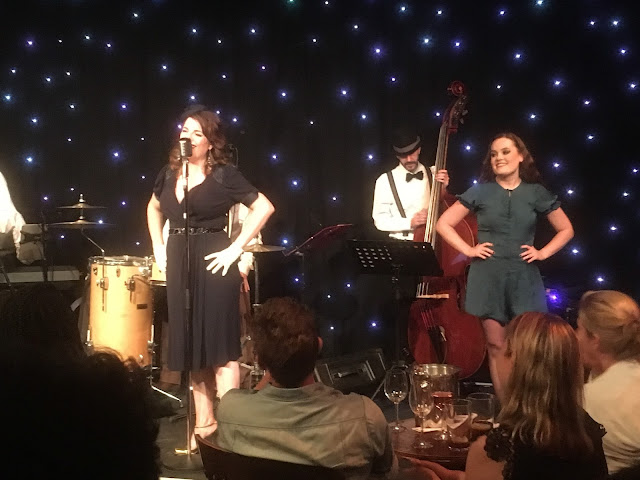 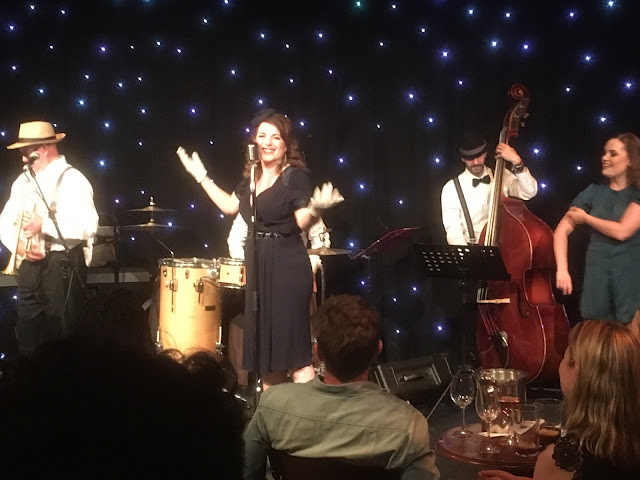 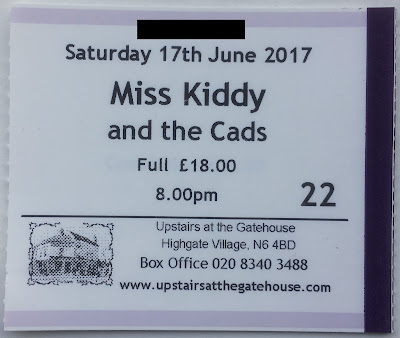 Labels: • All reviews on "I Went to the Theatre...", • Show: Miss Kiddy and the Cads, • Theatre: Upstairs at the Gatehouse (Highgate)