13/04/19: A Murder Has Been Arranged, Finchley Methodist Church Hall

It’s 1930 and Sir Charles Jasper plans to celebrate his birthday on the stage of a “haunted” theatre. He is set to inherit two million pounds at 11 p.m. – the exact moment he turns 40 – but that inheritance is cast into doubt by the unexpected arrival of his rather odd nephew and a series of deeply strange goings on...

Despite the far-fetched premise of Emlyn Williams’ supernatural drama, and a rather too lengthy running time, the Guild Players put on a strong performance. Established favourites Caroline Knell and Louisa Agamemnos were as reliably watchable as ever, and it was also good to see the return of Rachel Kaden and Sean Roberts from the 2018 triumph that was Widdershins.

The period jazz music played during the interval was a nice touch, as were the well-judged costumes.

In the second half, the play became increasingly multilayered, with references to amateur dramatics(!) and Macbeth being made within the clever theatre-within-a-theatre setting.

As usual, the Finchley Methodist Church Hall had the disadvantage of outside traffic noise – a reminder that it’s worth being in the first couple of rows to have a chance of catching all the dialogue. Despite that, and a complicated narrative, the actors never stumbled. 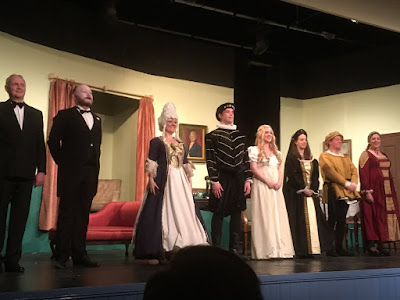 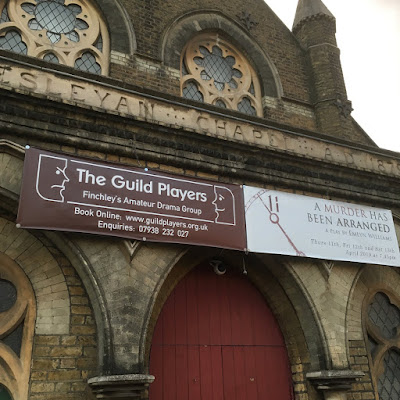 Labels: • All reviews on "I Went to the Theatre...", • Show: Murder Has Been Arranged, • Theatre: Finchley Methodist Church Hall